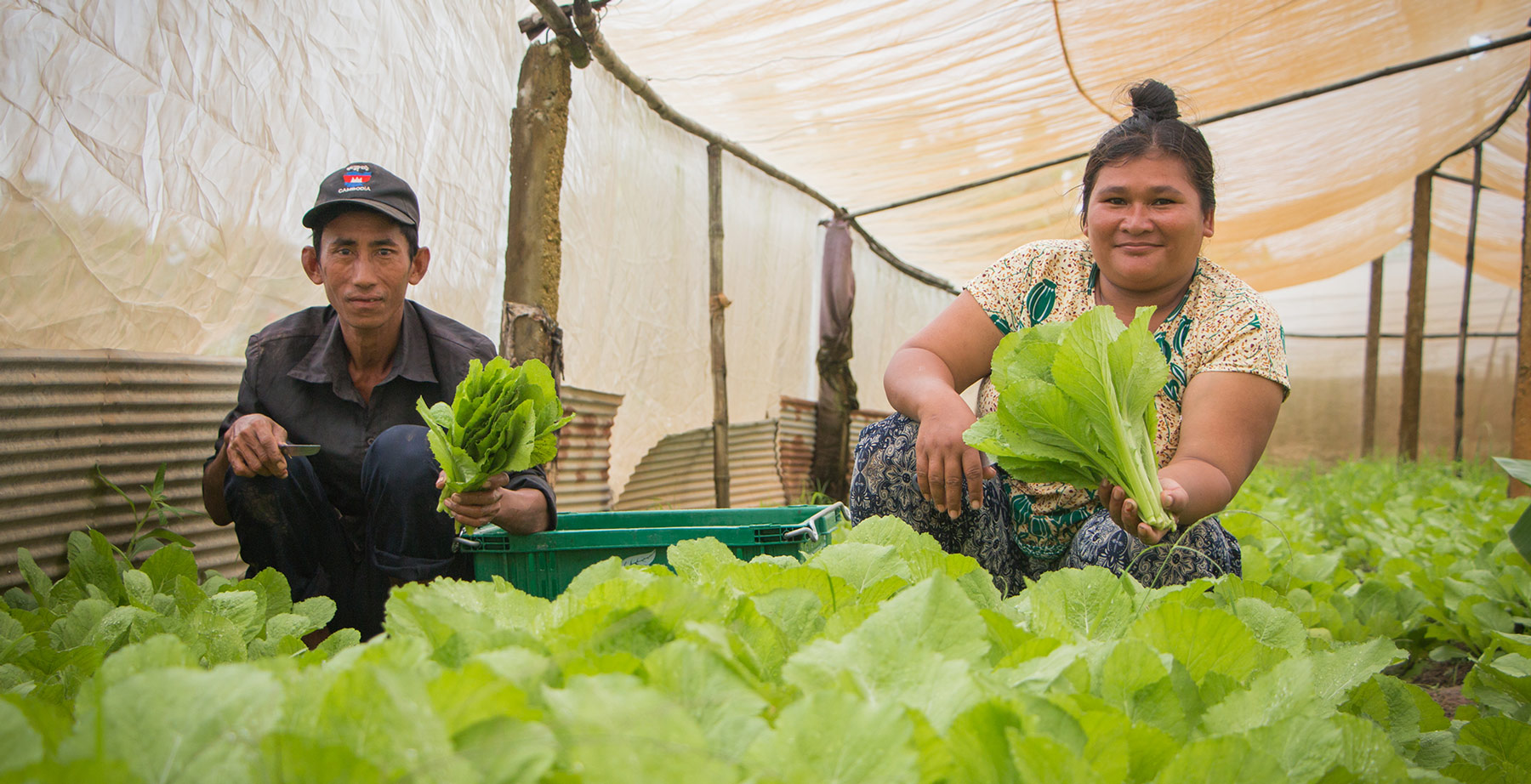 Breaking the Cycle of Chemicals and Debt: Organic Farming in Cambodia

Mr Keo Nov is a farmer in the Kandal Province of Cambodia. Together with his wife, they farm approximately 1,200 square meters of land, nearly a third of an acre. They have been managing their farm organically for about 5 years, growing over 20 kinds of vegetables which they eat and sell. Their four children now all attend school.

A vicious cycle of chemicals and debt

In the past, we used to grow our vegetables using chemicals but we had a lot of issues with it. We didn’t feel very comfortable spraying the food we wanted to eat with so many harmful substances that also cost us a lot of money. Market prices often changed a lot and went down. We only grew a few crops and were often forced to sell our produce for a very low price, otherwise, it would go to waste. This led to financial problems in our family and put us into debt.

It sometimes felt like a never-ending cycle, we spent a lot of money on chemical inputs and hoped to recover the cost by selling at the market, but then we were forced to sell at a low price to at least have some money to spend on household expenses including the chemical inputs. We just didn’t know how to farm without them. 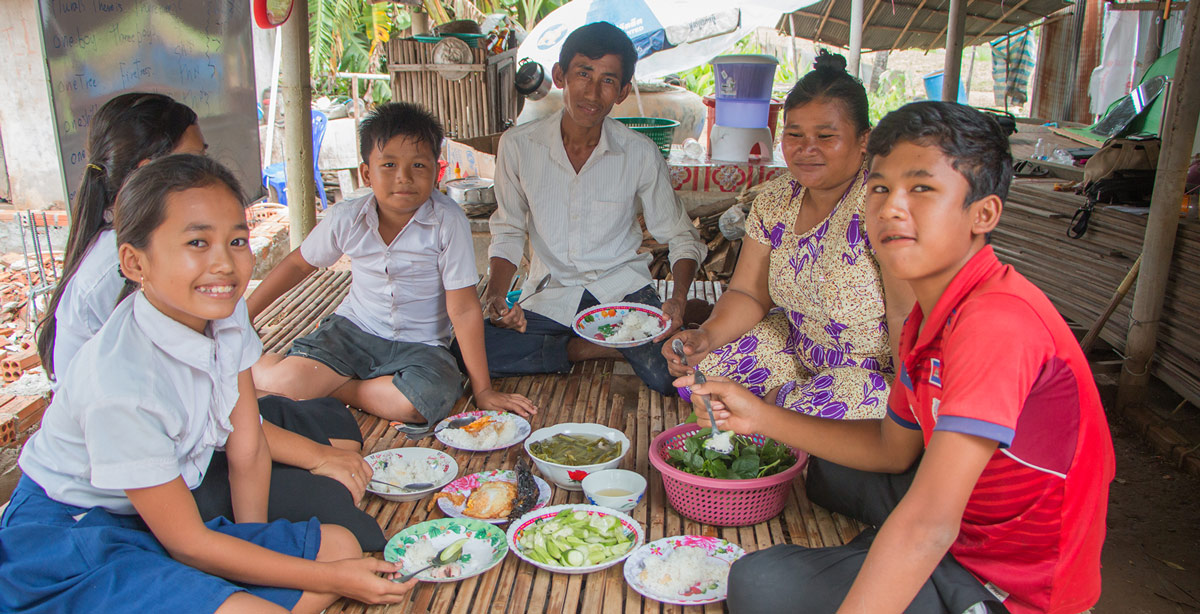 A vicious cycle of chemicals and debt

Then in 2013 Ms Sieng approached us and spoke to us about the opportunity to farm organically.  Ms. Sieng was interested in sourcing organic vegetables for shops and local markets and needed farmers she could buy from regularly. This was a bit of a risk for us because we didn’t know how it should work.

She helped us to get funds to invest in a new house to protect the vegetables from insects, so we could grow vegetables more easily without chemicals. We also started to grow a much greater variety of vegetables than before, and she facilitated training for us on how to make compost. In addition, she promised to pay us a fair price for our produce regardless of market instabilities.

In 2016, Ms. Sieng suggested we join a Participatory Guarantee System (PGS). This meant joining a group made up of farmers, consumers, and local government representatives that would allow us to label our produce as organic. This means we can charge a fair price for what we sell, and our customers can be sure the food they put on their plates has been produced sustainably and free from harmful inputs. 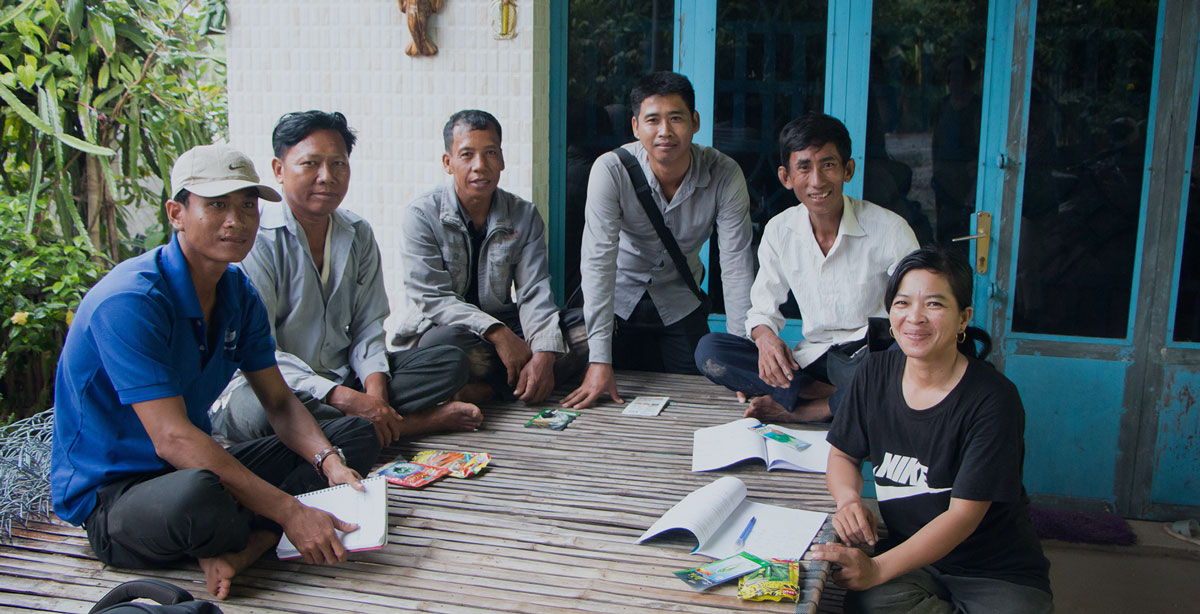 Less worries and a brighter future

In a PGS, farmers meet on a regular basis to share our experiences and there is also a peer review where farms are inspected to make sure they comply with the organic guidelines established by the PGS committee.

This has really helped us. For example, our neighbours use chemical inputs and we were worried that these might affect our vegetables. The other farmers in the PGS showed us how to build a buffer zone to protect our farmland. We also got a lot of tips on compost making and now see a great improvement in our soils. Recently, with assistance from Ms. Sieng, we invested in a plastic house, which means that we can now grow vegetables in the rainy season when it used to be difficult to grow vegetables so local supply was low.

Another important change in our life is that we have gotten ourselves out of debt. In fact, not only are we out of debt, but we can now afford to send our children to a better school and are saving to build a new family home.

I have read a lot about organic agriculture and hope to persuade more farmers in our village to try it out. At first, our neighbours did not believe that we can succeed without using chemicals, but now they realize that we make a better living than they do.

At the moment, there are nine organic farmers in the PGS group in our village, but recently a few other farmers asked to join.

I also hope that one of our children will go to agricultural college to learn more about organic agriculture and make our farm even better. Overall, I would say we now have less worries and see a brighter future. 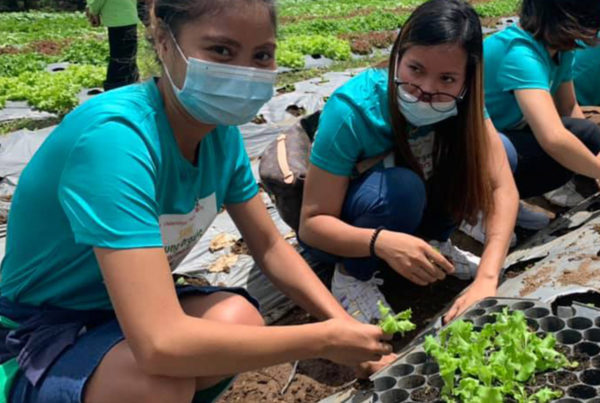 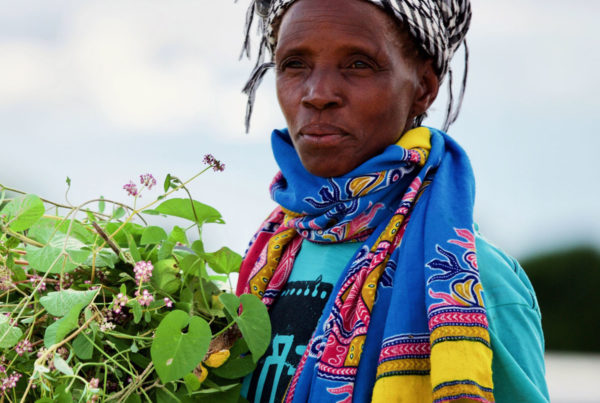 If You Ate Today, Thank a Woman Farmer! 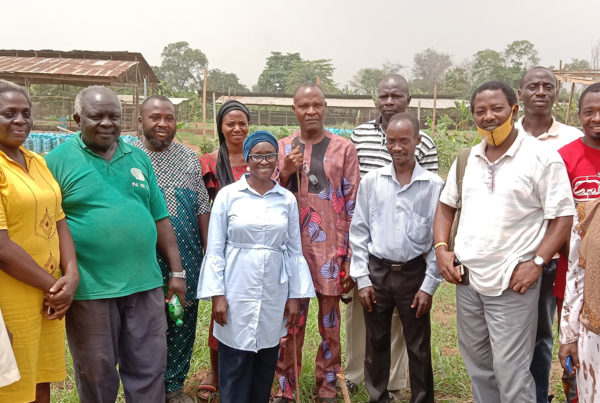